The McKenzie House is one of the most iconic features of our Victorian-era renovated property. It boasts five guest rooms in addition to a number of common areas where guests at the Sweetwater Branch Inn can enjoy the historic interior of the home! As you consider the McKenzie House as part of your vacation, take some time to learn about the history of this interesting building!

History of the McKenzie House

This 1895 structure remains one of the largest and most elaborate of all the Victorian mansions built in Gainesville before the twentieth century. Its picturesque gabled porch, balconies, dormers and octagonal turret reflect the nineteenth century’s enthusiasm for the Queen Anne style, while its impressive size suggests the extent of Gainesville’s cotton and phosphate prosperity during the 1890s. In addition the home’s continuous association with prominent Gainesville families like the Colsons, the Pounds, and the Phifers makes its human biography read like a text in local history.

Few Gainesville residences have had such a diverse and rich interconnection with the city’s past and it’s significant families.

In 1881 the initial owner and builder, John E. Lambreth, a native of Savannah, Georgia, migrated to Gainesville in 1881 during the town’s flourishing orange boom and engaged in real estate development for a number of years.

In 1887 John E. Lambreth was admitted to the bar and became a prosperous attorney with the firm of Hampton and Hampton. He and his family lived in this house for eight years.

Take a Tour of The McKenzie House 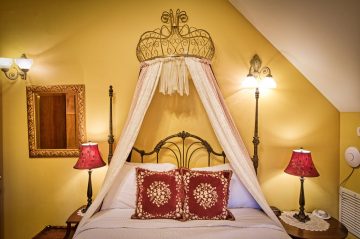 On the third floor of the McKenzie House, the beautiful Isadora’s Suite boasts cathedral ceilings and a wonderful turret-room with a custom made window seat to help you enjoy the view. 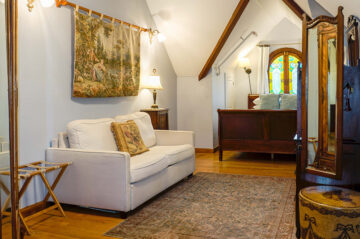 On the third floor of the McKenzie House, the charming Luisa Room has a private, detached bathroom, with the most luxurious six-foot Jacuzzi tub and shower on the property. 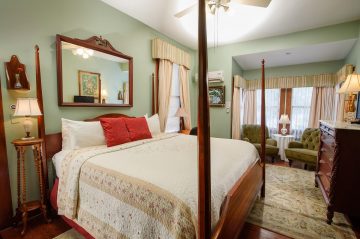 On the second floor of the McKenzie House, Julia’s Room features a king-size bed, and a private 1930s art deco bathroom with a two-person walk-in shower, complete with glass tile. 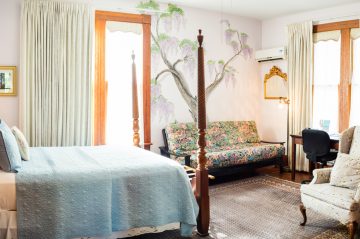 On the second floor of the McKenzie House, the Giovanna Room features a queen-size four-poster Mansion bed, a queen-size futon, and a magnificent wisteria tree mural. 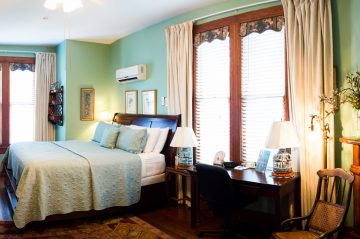 On the second floor of the McKenzie House, the wonderfully spacious Aurora Room has a Victorian feel with peaceful aqua tones.